A scholar of Political Science with specialisation in International Relations Studies, Dr. Soni has taught International Relations at Sardar Patel University (SPU), Vallabh Vidyanagar between 1991 and 2016, except for the period when he served as Vice-Chancellor of the two universities. Dr. Soni’s doctoral research is on the “Post-Cold War International Systemic Transition and Indo-U.S. Relations”. This is one of the earliest and one-of-its-kind studies during 1992 and 1995. It attempted to explain the post-Cold War systemic transition through a conceptual framework that has potent predictive capabilities. This work was later published as a book entitled as “Understanding the Global Political Earthquake” by the Ashgate Publishing Limited, New Hampshire, an internationally acclaimed publishing giant based in the United Kingdom in 1998.

Dr. Soni has earned several awards and recognitions. More significantly in 2013, Dr. Soni was conferred with the rare honour of “Honorary Mayor-President of the City of Baton Rouge” by the Mayor-President of Baton Rouge, Louisiana, U.S.A., for his exemplary leadership in empowering disadvantaged section of society with IT literacy. In 2015, the Chartered Institute of Management Accountants, London, U.K., honoured Dr. Soni with the World Education Congress Global Award for Distance Learning Leadership. Dr. Soni has in the past served on the Boards of Governors of several institutions of higher education and public administration. He was also a member of a quasi-judicial body constituted by an Act of the Gujarat Legislature, which regulates the fee structure of the un-aided professional institutions in Gujarat. 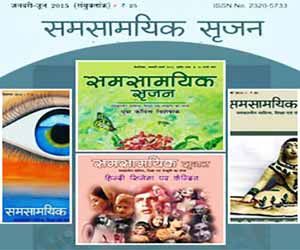